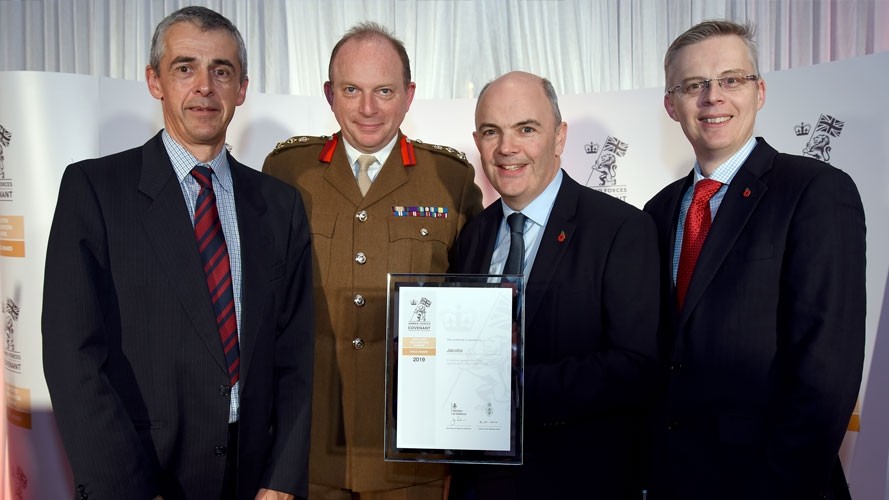 Jacobs has received the highest accolade in the Defence Employer Recognition Scheme (ERS) from the MoD: the Gold Award, which recognises its ongoing commitment to and advocacy for colleagues who serve and have served in the Armed Forces, and its support of the wider community.

Jacobs has an established and enduring relationship with the British Armed Forces, having supported the MoD for more than 30 years, and in 2016 had already been recognised for its commitment with an ERS Silver Award. Jacobs has continued to build on this achievement with several initiatives that support employees’ annual reservist training and commitments, reservist forums to share experiences, and by providing support to the MoD through secondment opportunities, seminars and career advice – culminating in the latest recognition from the MoD of Jacobs providing exemplary support to the Armed Forces community, marked by the Gold Award.

‘We have veterans and reservists thriving in a variety of roles around the world; they are an important and integral part of our workforce,’ says Pete Lutwyche, Jacobs Critical Mission Solutions Senior Vice President and General Manager. ‘These employees bring with them a wide range of qualities and transferable skills from their service in the military and an ability to work in high-pressure situations.’

‘These awards recognise the outstanding support for our Armed Forces from employers across Britain and I would like to thank and congratulate each and every one,’ adds Secretary of State for Defence The Rt Hon Ben Wallace MP. ‘Regardless of size, location or sector, employing ex-Forces personnel is good for business and this year we have doubled the number of awards in recognition of the fantastic support they give.’

Lieutenant Colonel Bruce Snelling works at Jacobs as a project manager and is also a reservist. He says, ‘Jacobs positively recognises and supports my involvement in the Army reserves, both by policy and management, which helps me to balance home and reserves life. This has included facilitating a six-week sabbatical to enable me to participate in a major tri-Service exercise as an enabler.’

Already a signatory of the Armed Forces Covenant (AFC), Jacobs also recommitted to the Covenant recently.

The Jacobs Employee Network, VetNet, was also established to advocate for veterans and military reserve members of government military organisations and related groups from around the world. VetNet supports more than 2,000 Jacobs veteran employees, their families and other veteran supporters from the USA, the UK, Canada, Australia, India and others, and welcomes all employees (veterans and non-veterans) to become members. It also connects employees with organisations that assist veterans and reservists, and their families.

Jacobs leads the global professional services sector, providing solutions for a more connected, sustainable world. With approximately $12 billion in revenue and a talent force of more than 50,000, Jacobs provides a full spectrum of services including scientific, technical, professional, and construction and programme management for business, industrial, commercial, government and infrastructure sectors.

‘When serving in the Army I didn’t think about my future,’ says Craig Froggatt, who, having served for four years, found himself homeless on the beach in Skegness. ‘I presumed that, when I... 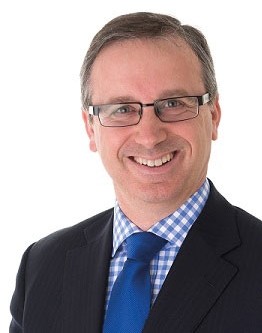